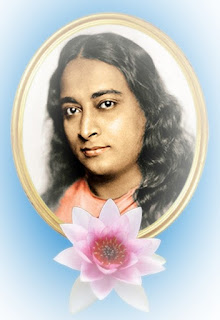 At Ananda worldwide, the Christmas holidays come to a conclusion each year with our celebration of Paramhansa Yogananda's birth (January 5, 1893).

In this new year of 2020, January 5 is THIS Sunday and as you may know, the Service is a grand, family service with skits taken from Yogananda's life followed by a festive, catered, Indian banquet! (At Ananda Blue Lotus Temple in Bothell, WA USA)

It would be natural enough for members of Ananda worldwide to celebrate the birth of the one whose teachings and life has inspired and guided our spiritual lives. But Ananda's founder, Swami Kriyananda, taught us to view Yogananda's life purpose in coming to America 100 years ago (1920) in terms far broader than the gratitude natural to those who consider themselves his followers.

The fascinating and unusual story of Yogananda's spiritual lineage which begins with Jesus Christ and Babaji-Krishna is itself a hint that Yogananda has a role on the stage of world history broader than that of any organization and its members.

Yogananda left his earthly form only sixty-eight years ago. By 100 A.D., how much impact had Jesus' teachings had upon the Roman Empire? Not much, yet, but there were already hints and rumblings of great changes to come. By the time of Emperor Constantine's declaration in favor of Christianity in 312 A.D., one-third of the empire was already Christian!

Yogananda put yoga, and especially kriya yoga, on the American map (and, by extension, across the globe). He is not, of course, the only one but he has left a large footprint. His life story, "Autobiography of a Yogi," is still a best seller seventy-four years after its publication. And while we can see hints worldwide of the impact of yoga-meditation and the consciousness of yoga (oneness; harmony; health; joy; cooperation), this influence has only begun. And, as you might, no doubt, agree, it is desperately needed. The Dalai Lama has added his voice to thousands like you and me when he noted that if the children of this world were taught to meditate the problems that beset humanity would soon be solved.

We celebrate Paramhansa Yogananda's birth and life, therefore, for a far more expansive purpose than it might seem natural for us to do so. And, we hope all of you will do so in your hearts and mind and, perchance, with us as well!

Nayaswamis Hriman and Padma!
Posted by Nayaswami Hriman at 11:33 AM No comments: