Is Ego Good or Bad? 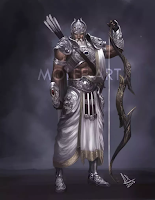 We say someone has a “big ego” and we know that this is not a good thing. Yet, we probably also know that some of those who have accomplished great things in the world could be described as having “a big ego” or at least a “big aura,” and maybe more of the former than the latter.

Some years ago there was a lot of talk about building self-esteem in children. Indeed, much of the training and education of a child is directed towards learning skills and gaining self-confidence. Now that I am a grandparent I watch with some interest and a newfound nonattachment to how much effort adults expend eliciting a child’s likes or dislikes. It seems instinctual to help a child to develop their ego from its amorphous and helpless state at birth to that of a strong, balanced, intelligent, healthy adult.

Among the traits of the ego that are helpful and necessary is taking responsibility for one’s life, developing will power, not blaming others, learning to forgive, learning to accept what can’t be changed: just to name a few. Among the valuable traits that reflect both a strong ego and one that is not excessively self-involved are kindness, thinking of the needs and realities of others, unselfishness, generosity, and creative solution-seeking: in short, the Golden Rule!

Is that all there is, then, to this ego-thing? Pet dogs and kiss babies, so to speak? Be good and you’ll surely go to heaven? If you are reading this you already know that’s not where this conversation is going!

The Vedantic path and teachings of the ages and sages offer to us a vision of reality that avers that the ultimate creator and purpose of the creation is to pierce the veil of illusion of our separateness and reunite with the only reality that is permanent, beyond suffering, and permanently satisfying: God (or Bliss or whatever name you prefer).

So on the ego-thing, we have some who say the ultimate state of existence (usually called heaven) is that we keep our egos and we rest happily forever praising the Lord, strumming harps, engaging in angel-like good deeds, or enjoying the everlasting pleasures of heaven.

Others say, “No way!”  We “kill” the illusion of a separate self (ego) and disappear into the great Void.

And, they say further, that on the threshold of this dissolution we experience momentarily the bliss of release from suffering caused by egoic consciousness but then we vanish without a trace into the No-thing-ness out of which all things have come. Hmmmm: a kind of spiritual suicide wish? I’ll take rain check, thank you.

Another version of egoic dissolution says that the Void is actually not empty but full: full of bliss! Bliss, in other words, is not temporary or born of the duality of separateness. Instead, the very nature of God (the ultimate state or reality) is Sat-chit-anandam: ever-existing (immortal), ever-conscious (omniscient), ever-new bliss. At least in this version we have something to look forward to.

This is the Vedantic version espoused by Paramhansa Yogananda. While this is a one version of ego transcendence, Yogananda took the explanation one step further in an interesting twist. Yogananda added that inasmuch as Infinite consciousness must, by definition, contain all that is past, present or will be or can be in the future, then there must be contained in Infinity the living “memory” of all those lifetimes during which my soul was misidentified AS the doer, as the ego. Well, ok, you say, but so what?

The “but” here is intended to provide an explanation for another phenomenon of the spiritual path. The explanation starts with this precept: no one can achieve Self-realization without helping others. It’s not that your final liberation awaits their own but nonetheless, you must become, towards the end of your journey, the guru to other souls. Yogananda said, in fact, that the minimum number of souls is six.

(I have no idea why six. Six chakras? Who knows. I am fairly certain he was not the first to make this statement but I accept that the principle is intact even if "why the number six" eludes me.)

The annals of spirituality include innumerable testimonies that to disciples the guru comes in vision or in actual living form even though the guru is no longer on the planet in human form, having “died” days, weeks, or centuries past. Some, like Krishna or Jesus, may well have even incarnated into new human forms since the time of that particular incarnation as Jesus or Krishna. Yet, they appear in the form held dear by their devotee.

Yogananda thus says that out of the Infinite (the Akasha), the devotee’s devotion calls forth the past form of the guru, notwithstanding that the guru is no longer in that form, or perhaps in any form whatsoever.

There is, as a bypath, testimony that saints, while still living in their human body, can appear in vision or dreams to disciples and yet they have no awareness or recollection of this fact, having perhaps been even asleep at that particular moment! It is the soul, in other words, that is ever-awake and eternally present.

Lastly, Yogananda stated that even an avatar—one freed from all karma and who returns to human form as a savior—must don the trappings of ego in order to function distinctly in a human form. The difference between the avatar and most of us is the degree of identification with that form and that personality.

In his famous poem, “Samadhi,” he writes “I, the Cosmic Sea, watch the little ego floating in Me.” Yogananda defined ego as the soul identified with the body (which includes the personality).

So we are still faced with the question: is the ego real or not? Is it “bad” or “good”? The answer? It depends!

Like Moses in the Old Testament of the Bible or Bhishma of the Indian epic the Mahabharata, the ego can awaken to the desire to be free of its own limitations and hypnosis of separateness but its very nature IS separateness. The ego can work to grow spiritually but there comes a point (after countless efforts to do so) where it must offer itself into the Infinite (or at the feet of the guru, the Lord, etc etc).

We are given the survival instinct for a reason greater than just the survival of the body. No such instinct could be at odds with the truth of our Self. If all reality has as its basis pure Consciousness than the “I can never die.” The question is “Who am I?” Am “I” the body and personality?

As Bhishma, symbol of the ego in all, was heralded as a great hero and a man of dharma, so too our ego, in its essence, need not be identified with the material world, the body, likes and dislikes, and the senses.

Without the power of individuation, this world could not exist. The so-called “Divine Ego” is the pure ego, free of identification with thoughts, emotions, and the world of matter and senses.

But while the ego has great power it can obviously greatly become steeped in delusion. For its re-awakening, another outside influence is needed. The power of God using the human channel of the guru can resurrect the soul’s memory of its true nature. The soul, in attunement with the guru, can then direct the ego in right action and right attitude until the ego at last offers itself in final surrender into the Infinite at which point the ego can be said to dissolve or to expand into Bliss.

At the moment of final surrender, the ego must accept the possibility of its extinguishment but this is its final test. It must face the abyss of nothingness and surrender to it before it can enter into "the kingdom of heavenly bliss." I call this moment the "dark night of the ego."

May you slay the Og(r)e of Ego that the Soul may reign on the Throne of God's Bliss, our true home!

Swami Hrimananda
Posted by Nayaswami Hriman at 1:21 PM No comments: