Memorial Day in America: The Great Yagya, Wheel of Life!

The purpose of Memorial Day (celebrated in America) is to remember and honor the sacrifice of those who have given their lives in defense of their country. Whether or not you, or me, or history judges their sacrifice as justified, they gave their full measure and thus honor is due to all.


I think of the great and noble man, and war hero, General Robert E. Lee of the Confederate army. 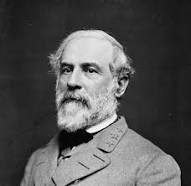 He is quoted as saying “It is well that war is so terrible, otherwise we should grow too fond of it. Duty then is the sublimest word in the English language. You should do your duty in all things. You can never do more and you should never wish to do less.”

History may judge that he made the wrong choice (he had been offered the leadership of the Union army), but he followed what he deemed to be his duty and to that degree, then, he was victorious. Both then, and ever since, he has been adjudged in error. In recent years, statutes to his honor have been removed in various cities in the American South. America’s Civil War was anything but civil and it was a holy war to free enslaved peoples: of this there is no doubt. Yet each must act in accordance with his own sense of duty.

Or, as Krishna in the Bhagavad Gita puts it: Perform those actions which your duty dictates, for action is better than inaction. Without action, indeed, even the act of maintaining life in the body would not be possible. (Gita 3: 8) 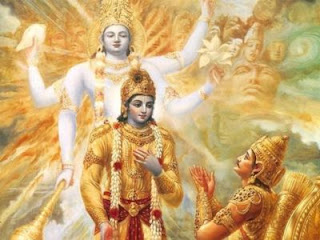 I once asked Swami Kriyananda (founder of Ananda and a direct disciple of Paramhansa Yogananda) about the righteousness and karma of the Allies in WWII having unleashed the atom bomb in Japan and having firebombed the cities of Germany. He dismissed my unspoken but critical view of these decisions with the equivalent of “all is fair in …. war.”

Difficult times call for difficult decisions. You can only hope to do your best. The outcome is what determines the rightness of a decision. The victory of the Allies gave birth to the Iron Curtain but nonetheless deflected for a time the spectre of greater enslavement and hopelessness.

It is no coincidence that India’s greatest scripture, the Bhagavad Gita takes place on a battlefield where the first question asked is whether it is righteous to fight. But military warfare and its righteousness is not my real topic this day of remembrance.

Let us also remember those great saints and avatars who have given their lives to spread the message of Self-realization (our soul’s eternal life in God) to all “with ears to hear.” When a soul has become freed from all present and past karma but elects to answer God’s call to return into human form for the upliftment of others, it must bear the burden of the limitations of earthly existence even if that burden is not engendered by its own past actions. Human existence, even for a freed soul, entails some loss of divine contact, just as Jesus on the cross momentarily cried out to Elias or as Yogananda wept inconsolably for the death of his earthly mother.

While that loss is never permanent nor is it the cause of actions fired by desire, the temporary eclipse of the immortal and omniscient bliss of that soul is surely a painful or burdensome loss. Even avatars, however briefly, confront their impending death with some trepidation; such was the case of Jesus in the Garden of Gethsemane and both Lahiri Mahasaya and Swami Sri Yukteswar (as recorded in “Autobiography of a Yogi”).

Whether soldiers or saints, “Greater love has no one than this, that he lay down his life for his friends.” John 15:13. The intention that motivates a conscious action ties the consequences to the doer of the act. The results of that act shape the nature of the act’s consequences. (If one (a saint or master) has dissolved the sense of doership, then the consequences of his action accrue to the benefit of others.)

Jesus’ response to God’s call to sacrifice his human life on the cross was faced in a different circumstance by Abraham who was asked by God to sacrifice his son, Isaac. The sacrifice of one level of existence to achieve or for the benefit of a higher level of consciousness is the way by which God has created the world.

In Chapter 3 of the Bhagavad Gita, Krishna explains to devotee Everyman (Arjuna) the purpose of “yagya,” or self-offering:

10. Prajapati (God in the aspect of Creator) brought mankind into manifestation, and in so doing gave man the potential for self-offering into a higher (than human) awareness (through yagya). Along with this gift He enjoined mankind, “Whatever you desire, seek it by offering energy back to the source of all energy.
Let this sacrifice (yagya) be your milch cow of fulfillment.”

11. (Prajapati continued:) “With this offering, commune with the devas (shining angels), that they may commune also with you. Through such mutual communion you will arrive at the highest good.”

12. (Prajapati concluded:) “By communion with the devas you will receive from them the (earthly) fulfillments you desire. He who enjoys the gifts of the gods without returning due offering (of energy) to them is, verily, a thief.”

The above is, for westerners, an unusual, even odd way of stating what we know of sacrificing the present for the future. It is investing in our future by refraining from present enjoyment. We in the West know all about “investing” whether for retirement; or investing in a college education, or the future of our children and so on.

Nature too teaches us that all life offers itself into the greater life of others as an integral part of the cycle of life. The great “water wagons” of rain clouds unleash their precious cargo that life might be revivified. The sun consumes itself to give us energy and light. Microscopic life forms are consumed by larger life forms all the way up the food chain. Plants grow, live, and die for the nourishment of other life forms. And, returning to our beginning, soldiers give their lives in defense of their nation and their people.

To lose weight we must sacrifice a few simple pleasures! To sustain bodily strength we must take the time and make the effort to exercise. To nourish a friendship we must learn to hold our tongue and to accept others as they are before considering how we might help them (if they are open to our help).

To fulfill our duties in work and service, we must sacrifice some of the time we might otherwise give to relaxation and recreational pursuits. Parents sacrifice the pleasure of one another’s company and many personal pursuits and friendships by serving the daily needs of their children.
The great wheel of life is sustained by sacrifice. From the saints to the soldiers, this is one of our soul’s great lessons and therefore we celebrate this day of Memory.

May each and every one of us surrender to the great wheel of Divine Life, offering ourselves into the fire of dharma and purification that leads to our soul’s true home in Bliss.

Posted by Nayaswami Hriman at 5:28 PM No comments: